January 14, 2018
Jumping right into things, I've decided to use January as a prep month for February and March. I figure I was a week in when I finally came up with the idea of doing monthly challenges and there's nothing wrong with maintaining my momentum of 2017 for the first month of 2018. That said, I've gone and purchased a used heavy punching bag to help me out with my 2018 goals. See what I did there? It's like 2017 all over again.

For February I've decided to tackle two (2) challenges. The first challenge is called "Dry February," and it's going booze-free for the month to raise money for the Canadian Cancer Society. Want to contribute to fighting cancer? Feel free to click here. That's February challenge #1. The second challenge will be an eight (8) week contest of sorts with supplement company 1st Phorm. Technically it starts January 22, 2018, but it'll run all through February and most of March. I said I was going to do it last year, and while I took part in some of it, I easily got side tracked, got injured and fell into old habits of babying injuries. Essentially I bitched out. I did learn a lot though, so I'll be taking that with me into this round. With it only being 8 weeks this time, not a year, the commitment is a bit shorter, but the demands will be heavier. I still can't run yet (no all clear from physio), so I bought the aforementioned punching bag. That'll be cardio. Maybe some swimming. 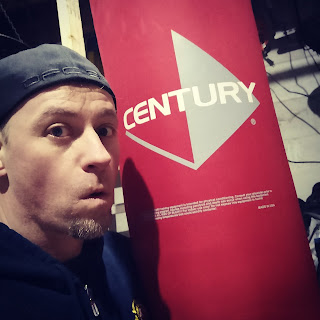 My punching bag isn't leather, so it's gluten-free AND vegan!

For March I'll be going vegetarian. The benefits of a plant-based diet, from what I've read, are pretty kick ass, but I hate vegetables. I'm starting to expand my horizons and choke some down, so hopefully I can fine tune my taste buds to allow me to go meat free for a month (and beyond?). I'm just going to jump in, give up meat cold tofurky (dad joke on point) and monitor how I feel.

I haven't decided on April and beyond, so if you've got any suggestions feel free to send 'em my way. I'd have to do some serious research for vegan, but I'm not discounting it. We'll see how March goes.

The kids are acting way too nice. I should probably go check on them. 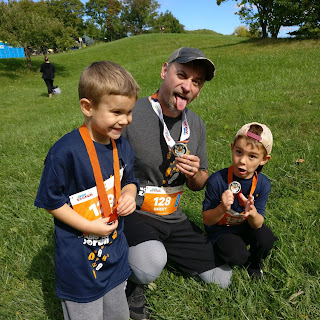 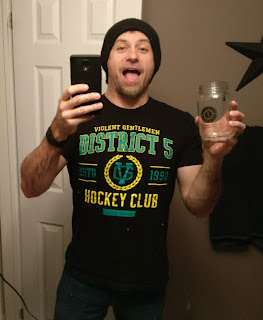 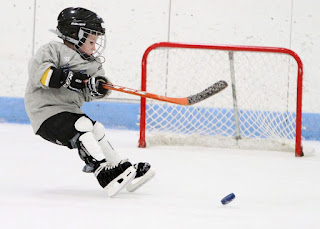 I've been playing hockey as a goalie for, good Christ, going on 24 years. Man, that makes me feel old. Playing goalie has likely aged me prematurely, too. My knees. My back. I feel like I'm thirty-something going on eighty. Despite my love of the position, something I've always wanted to try was playing out of the net. The problem is I don't have any player equipment. I have my lacrosse helmet and gloves which can pull double duty, but I lack everything else. So, how am I to realize my dream at the weekly beer league shitshow? Borrow.
Luckily I live in Canada. My brother-in-law had equipment to lend me for this week's game. Two of my co-workers are pitching in some used, beater equipment for me to continue pursuing my awesomeness in the weeks to come. I can finally play outside the crease and I don't have to buy a single piece of equipment. I also get an absolutely killer cardio workout at least once a week. Not sure how I feel about that with the whole feeling…
Read more